Lovely morning walk in the chill of Autumn. 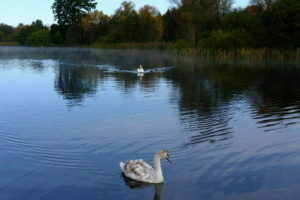 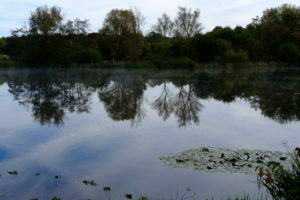 @vanessa The light in these beautiful pics is exquisite!

@vanessa lovelu shades of blue. I think the middle image is sideways.

@khurtwilliams It looks ok in my feed - showing as portrait orientation.

@cn Hmm, guess that's an issue Microblog's end then. It's ok in my WordPress feed, too. I wouldn't mind, but these aren't even the "real" photos, they are ones I sent to my iPad using the Fuji app, rather than downloading to my Mac. Lots of things don't handle portrait mode, I find. 😡

@vanessa I should clarify, my Mac client was old; upgrade underway

@cn I’m glad you know what that means. I just take photos and hope they show properly.

@vanessa @cn I don't think it's a Micro.blog problem... The photo is correct for me on iOS but wrong on macOS in any browser. Usually blog software should remove the orientation data so that it works everywhere, and maybe WordPress is not doing that for all sizes.

@manton Extra data point: it works for me in Dialog but not in Firefox (Android) or Chrome (Windows).

@manton I feel like this is a regression in WebKit on the Mac sometime in the last several years. I remember back when I was working on Camino always being annoyed that Gecko didn’t respect image orientation EXIF while WebKit did, but now it’s clear that WebKit doesn’t, either (on the Mac—but not on iOS, where it does). But it must have been around for a while now, because Blink on the Mac has it, too. (Whereas QuickLook and Preview are fine…it’s bizarre that Mac WebKit is the only place it seems broken in Apple software.)

One reason I’m happy Micro.blog and Sunlit auto-rotate when posting, as it’s one less thing I have to worry about on my end! WordPress does not auto-rotate on upload, or at least didn’t last I checked, but someone has written some filters and such to do it (I’ve not used it, so YMMV; I had a script-augmented manual workflow I used and only discovered that right before Micro.blog). // @simonwoods @vanessa @cn

@manton @simonwoods @vanessa @cn I take that (half-)back; if I load the image directly (both thumbnail and original), it does get auto-rotated; it’s only when the image is shown in an HTML page that it’s not being auto-rotated (and maybe that has never worked?)

I still don’t understand why they’ve made it work on iOS and not on the Mac…?