First day back home, already out the door, and into wine country again. 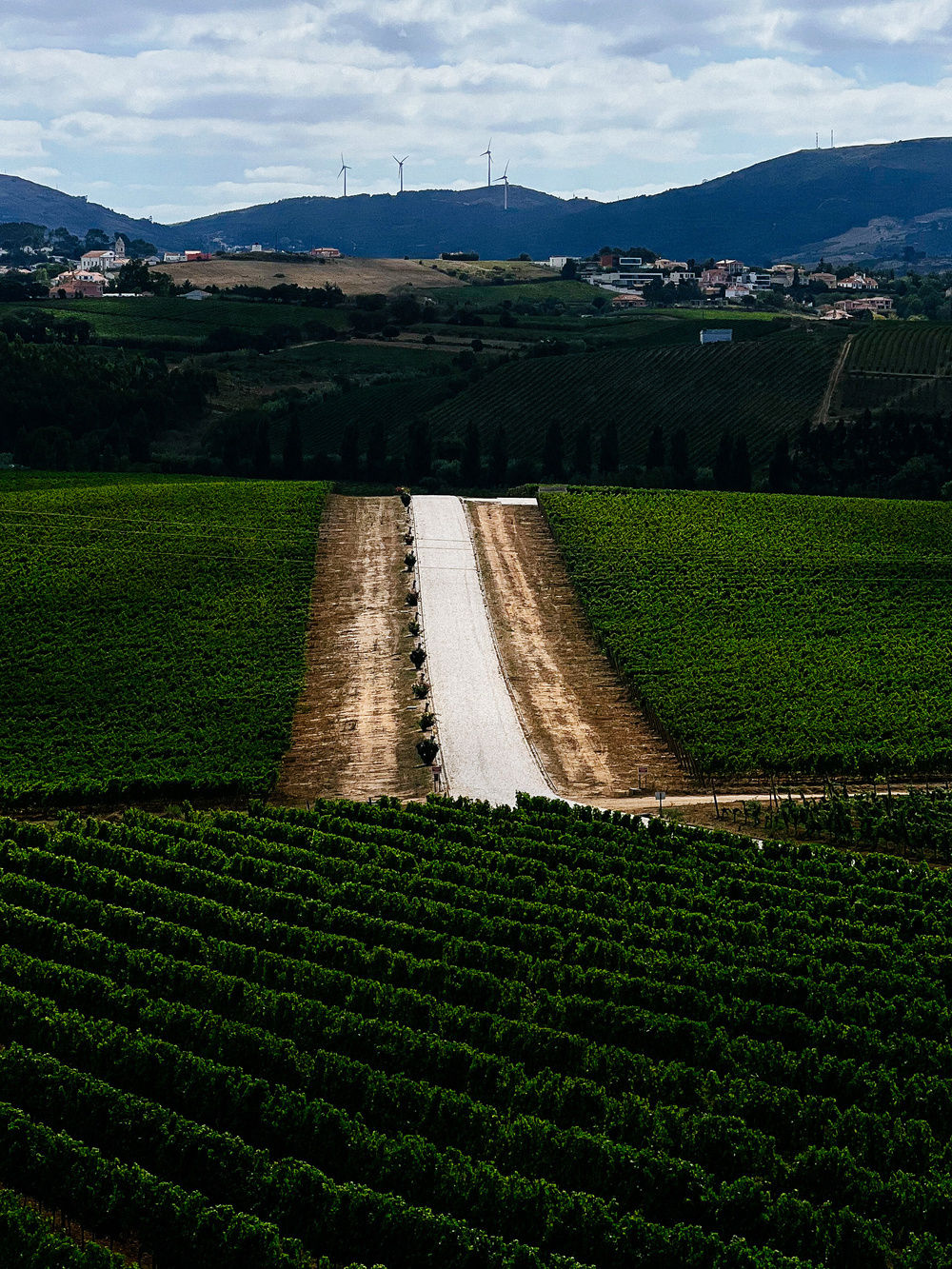 Drove to the nice restaurant owned by the vineyard, and shot a grape juice tasting. Really grape juice, not grape “juice”. It was delicious. 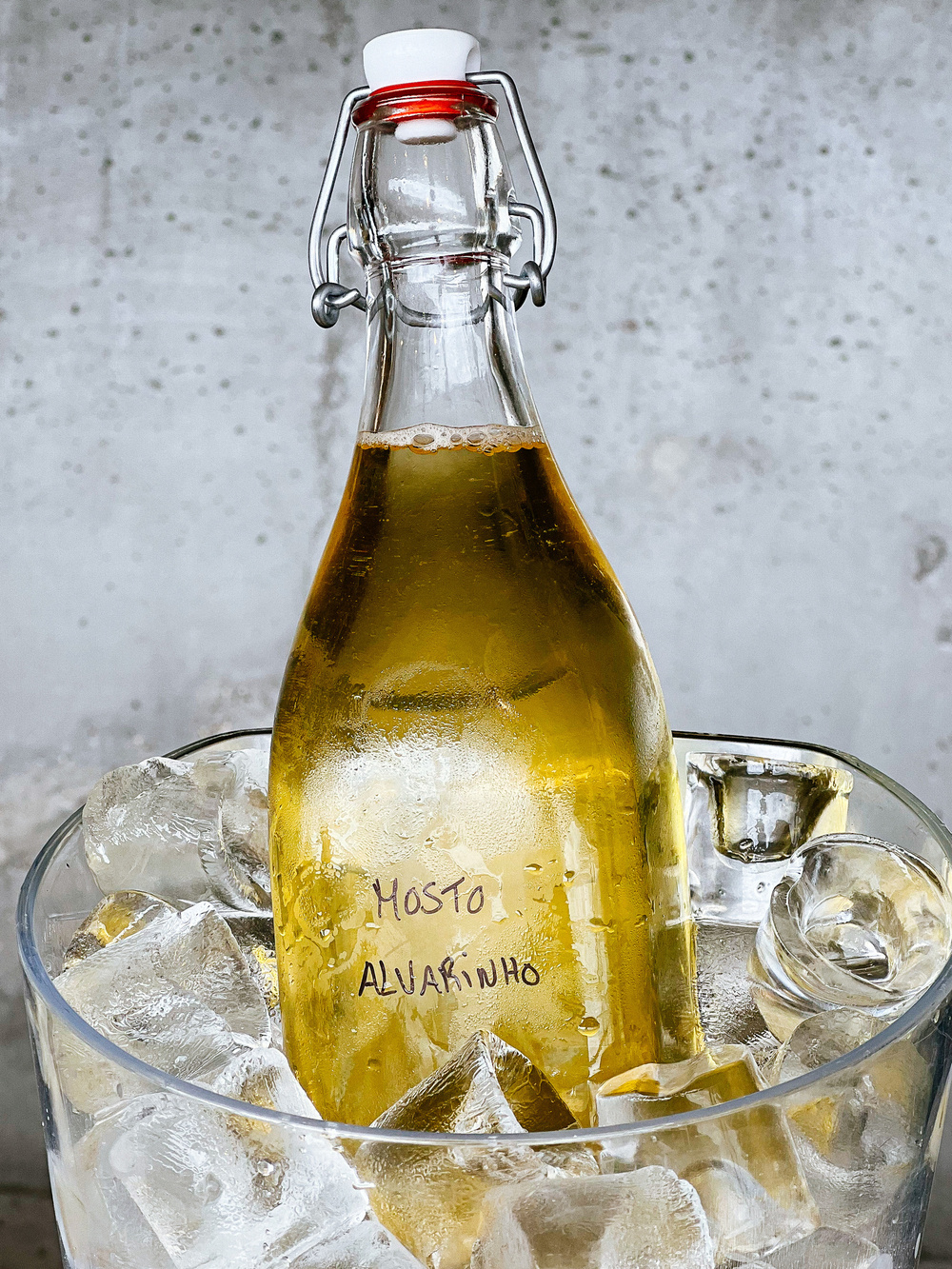 @pcora It is. We call it “Pastel de Bacalhau” in Lisbon 🙂 The restaurant (and winery) is owned by one of the largest cod companies around, so most of the delicious dishes have cod in them.

@maique Oh my! How I’d love to taste that! I’m a Bacalao lover.

@maique got it. In Brazil they call it Bolinho 🙃 They are very tasty! And these ones look delicious! 🤤

@odd no Portuguese restaurants around? In Amsterdam there are a few places that have them.

@pcora They were. And some parts of the country also call them Bolinhos, just like in Brazil 🙂

@pcora I haven’t checked, but we are big on cod in Norway, and I’m situated in the capitol, so it wouldn’t surprise me! I have to check! Worst case, I can call the Portuguese embassy and ask.

@odd The “inho/inha” at the end often means small, or sometimes sweeter, others not so much. Not easy to explains. “Amor”, for instance, means “Love”, and you can call your sweetheart “Amorzinho”, a sweeter version.

@maique Hm, ok. I think I understand, somewhat. Does that meannthat Ronaldinho is the son of Ronaldo, or is he just sweeter?

@odd It could be both, yeah. His name would always be Ronaldo, but calling him Ronaldinho would be sweet. In Brazil, probably (@pcora), Ronaldinho could also be his real name. Brazil is WAY more liberal with how you can register a name than Portugal. We’re very by the book, and conservative. My own nickname, Maique, the Portuguese way of writing “Mike”, would never be allowed here, and it is in Brazil.

@odd I think it just means that he is the smaller Ronaldo. Or younger. Son would be Ronaldo junior.

@maique I understand. I was thinking of the Brazilian football players. (🇺🇸: Soccer).

@pcora Got it! I was thinking of the Brazilian football players.

@odd I got that 🤣 Not a football expert, not even a fan, but I’m aware we don’t have the exclusive on the name Ronaldo 😂😂

@odd @maique @pcora "Little Ronaldo" is how I learned it back when football was a thing in my life, since he came to prominence after Ronaldo Nazario but they played at the same time. Although that might just be the particular decision made in service of English, which yeah... happens a lot.

@odd @pcora @maique I found this article, which refer to a café. Maybe I’ll just call the embassy.

@odd Not only 🇺🇸, but also in 🇦🇺 and I think 🇳🇿 it's called soccer 😉 Although I think combined with "Brazilian" it becomes pretty clear what the intended meaning is, haha.

@jayeless Oh, didn’t know that! Does that mean you have a vibrant American Football community over there?

@odd No, not that! In the south and west of Australia we have our own sport, Australian rules football 😊 While on the east coast, the word "football" traditionally meant rugby. (I'm assuming NZ is also in the "football is rugby" camp but I don't know for sure.)

I am far from a kiwi .. but happen to be hanging here … never heard of rugby being called football … ‘the rugby’ seems to be the alternative to ‘rugby’… I’m also pretty sure that the all blacks do not play football …

Why the Americans decided to call a game primarily played with the hands ‘football’ just adds to my conclusion that the American way will always be different to the rest of the world...

@JohnPhilpin @odd In NSW/Queensland too, these days it's usual to call rugby "rugby", but it's still more common to call soccer "soccer" for the sake of not maliciously confusing people 😛 Meanwhile, Australian rules football has nothing in common with the rectangle-ground games, and certainly is nothing like rugby. It's largely descended from an Indigenous game called marngrook. Just because you seemed to conflate them

@jayeless @odd I don't follow sport but I think here in Aotearoa New Zealand 'football' or 'footie' is most likely to refer to rugby. There's also Aussie Rules (rugby) and Soccer, along with things like 7-a-side and other variations.

@Miraz Thank you for clarifying! That sounds similar to NSW/Qld. "Aussie rules rugby" is a new one, though 🤣 I'm guessing that refers to rugby league, as opposed to rugby union?

@Miraz @jayeless Oh, so "Aussie Rules" in NZ actually refers to a variant of rugby? I think if you were to say "Aussie Rules" here, most people would take it to mean (Australian rules) football (at least in the circles I travel in).

@jayeless Oh lord! I don't know! I've only heard of it. I know there's (also?) Union and League. I could ask my partner Deb if you'd like me to as she actually sometimes watches games. Personally, I don't care in the least. 😆

@lmika @jayeless Don't pay too much attention to anything I may say about sport. I could have that all upside down and back to front…

@Miraz Haha, that's OK! Sorry for putting you on the spot 😅 I'm not much of a rugby person, but I know (I think) that league is pretty much only popular in Australia while union is more popular internationally. So that was why I asked… but it's not really important, don't worry about it, haha

@jayeless I’ve never heard about that before. Football with other rules? I’d like for football to diversify even more, and have uneven grounds with ponds with ducks in them and so on. That would make it more interesting I think. Maybe have a pub in the middle, so if one gets thirsty, one could have a pint or soda during the play. Not making fun here, I’m quite serious. Regular football is too boring for me…

When it comes to Rugby and American Football, I don’t understand why it is called “Football”, because the foot is almost never touching the ball. 🙄

@JohnPhilpin That’s pretty much my conclusion too.

@odd If you're curious, the official AFL Twitter account posted a 5-minute video explaining the game to newbies just the other day. There's definitely lots of kicking in Aussie rules. Also often lots of pigeons on the field, and often water-logged enough it's verging on having ponds… but no pubs 🤣

@jayeless Haha, I must check out that link!

I think they all get described as football because they all descend from football... That said I have never heard of rugby bring called football... Rugby football yes.

union and league are both rugby... Different number of players that are on the field... Just as in UK. It is Union that gets played internationally.

Football is a game played with feet and ‘started’ (greeks, romans, mayans, et al aside)in England years ago and now played all over the world.

They say rugby was started in a public school in Rugby, England when a school boy picked up the ball in a game of football and ran down the field

American football is just that American...I think we have to blame Yale for this particular ‘fork’ ... Of course, in their usual way... The U.S.A. is trying to get it going in other countries... They've tried twice in the UK to my knowledge and failed both times.

Ozzie rules is a game unto itself and is tough. Tougher than rugby which is tougher than football. Don't quote me on this... But it seems to be another fork but also tied into an aboriginal game?

Americans pad themselves up to play their national sport .. So they dont hurt themselves.

Much as I would prefer the term soccer to be an American aboration, I think it is an English term from the days when rugby was called rugby football... So soccer emerged as a term to describe ‘association football’.

I think that's it.

Ps … I don’t really follow any of them … played union when I was a kid … never seen a live game of football or American football … and really not that bothered … union I have seen live … and one day I would like to see a game of Ozzie rules.

@JohnPhilpin I’m not a big American Football fan, and not exactly a full export of the sport, but the NFL has played at least one game in London since 2007 and recently expanded to 4 games in 2019 before covid slowed things down (2 in 2021 and 3 this upcoming year) and the games are always sold out at both Tottenham and Wembley. NFL even contributed a tiny fraction to the funding of the new Tottenham stadium.

@JohnPhilpin I can get behind this write up. It’s @jayeless though, not @jayless. She named the aboriginal sport too, but now I forget it’s name.

@JohnPhilpin I think your outline is mostly right, but I'd hesitate to describe soccer as the "original" game that all the others "forked" from… soccer has also evolved and diverged from the ancestor game of "football" (and honestly, probably there was never a time with only one code of football). For what it's worth, Aussie rules was codified – as in, the ruleset was agreed upon and played to – a couple of decades before soccer was. Not that that makes Aussie rules the original, but it diverged from the ancestor, not from soccer itself 😉 I just think it's important to respect all footballs, and not try to cast the types of football I didn't personally grow up with as "less-than", for whatever reason.

@odd Yes, the Aboriginal game was marngrook. As I understand it, Aussie rules was basically a hybrid; they took the concept of scoring (by kicking the ball between posts) from English footballs, and most of the rest of the game (but especially marks) came from marngrook. My understanding is that marngrook was basically non-competitive, so people just played for as long as they felt like and insofar as there was a "winner" it was the person who took the coolest mark 😄

@JohnPhilpin In the northwest of England my uncles referred to rugby league as ‘football’.

@JohnPhilpin In Ireland, Football is more likely to refer to Gaelic football which is played with hands and feet. It’s a little similar to Aussie rules football but played with a round ball as opposed to an oval one and the scoring system is different.

Having said that, there have been tests between Australia and Ireland using a hybrid rules version.

It’s also quite common for amateur Gaelic footballers, both men and women to go to Australia to try out for their game.

@JohnPhilpin I think you are right: American football is a fork of rugby only with an advertising infested flow added. As we do.

Soccer, well the British started out calling it soccer then changed it later to football. Americans already had American football and we must not dilute the branding so we went with the term soccer.

And I'm not going to be too hard on the USA for whatever we want to call soccer/football because getting a new (for us) sport established in the US in only one generation was a huge social undertaking. When I was in high school, most schools did not have even a soccer club let alone a team. Soccer was almost unheard of here. And now it's everywhere with huge grass roots support.