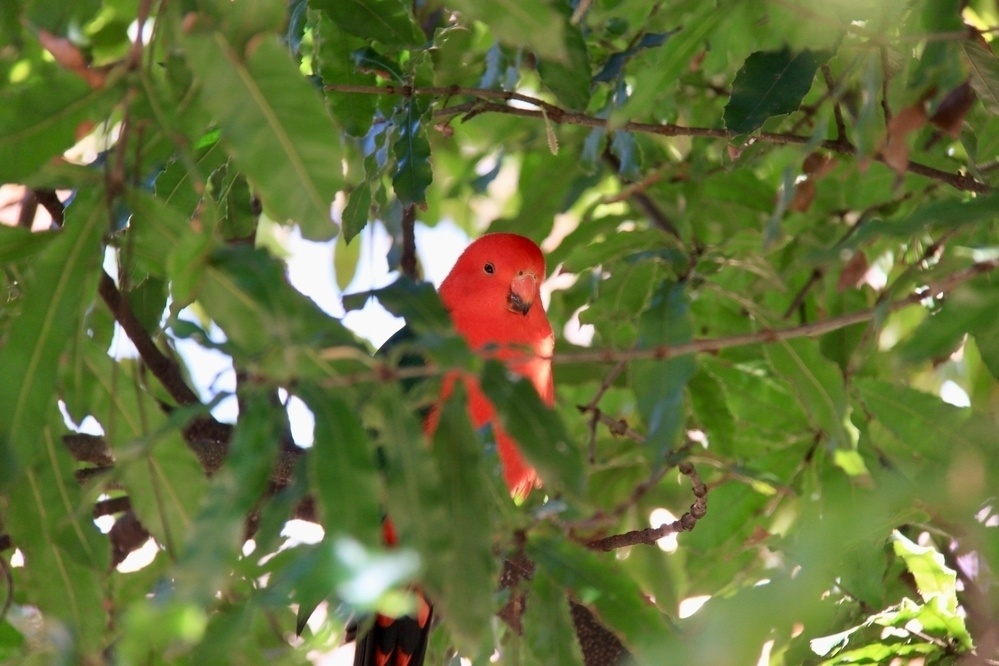 @martinfeld Are parrots in the wild in Australia?

@martinfeld Other countries have such colourful birds! What a treat!

@martinfeld Very nice! And @odd, yes we have wild parrots around :)

@martinfeld @jayeless @odd @Miraz Sometimes I forget how lucky us Aussies are to have so many parrots in the wild. I remember several years ago, a friend of mine who moved to Europe brought his then-girlfriend-now-fiancée, who grew up in Spain and was living in the UK, to stay with us at Phillip Island for a weekend. We were going for a walk and some rainbow lorikeets flew by. This is such a common sight to me that I didn't think twice of it, but she took notice and remarked on how beautiful they were.

@odd @lmika @miraz @jayeless Thank you all for your lovely comments and yes, we’re fortunate to have such vibrant, wild birds in Australia. Whenever I’ve travelled anywhere else, I’ve missed the cacophony of squawking and screeching that we have here. 😂

@lmika You’re right, we do take it for granted a bit. Rainbow lorikeets also have to be some of the cheekiest birds here! Nice memory, thanks for sharing it. 👍

@martinfeld Have you ever seen the documentary The Wild Parrots of Telegraph Hill? One of my all-time favorites.

@jean I haven’t seen that! I also can’t find it… where would you recommend watching it?

@martinfeld I own via Amazon video. It’s also available as a DVD on Amazon US. Not in Australia?

@jean There you go! Thanks for that. I couldn’t find anything digital but the DVD link works for Australia. 👍

@martinfeld It’s quite a film. I think it’s worth it if you like parrots. Plus: San Francisco!

@jean how are you?